Albanian Tourism Union Association has had a series of achievements and successes, both in the implementation of several different projects, as well as in the organization of a large number of activities and info tours to promote the tourism potential of Albania.

Among the main activities we can mention:

“Welcome to Albania” 2005 – A Joint promotion of Albanian tourism resources in cooperation with the British Albanian Chamber of Commerce and the Albanian Agribusiness Council. This activity was honoured with the participation of the English lord Richard Cooper (Bt.) 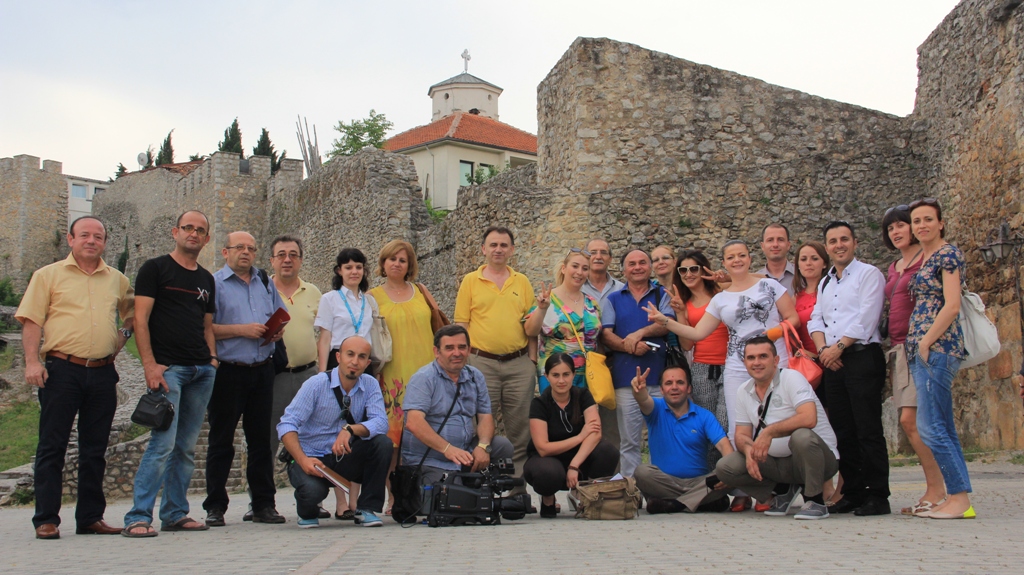 The event focused on Discussions and support from the Ministry of Tourism in prioritizing the cultural tourism in Albania.

This Conference was organized in May 2006 and was also supported by other business associations, as well as by the Ministry of Tourism, as its co-organizer, to discuss the main priorities of tourism and the challenges of the future.

Presentation of Albanian tourism in the Russian market

A Workshop organized in January 2007, in collaboration with the main Russian Tour Operators, in order to discuss the promotion of Albania to the Russian tourists, as a potential destination for summer holidays.

January 2008 – Analysis and Discussions by the tourism business community on the implementation of the Tourism Law and the problems that arise. Joint roundtable with the Ministry of Tourism, SNV Project, with the assistance and consultancy of Mr. Richard Denman, consultant at WTO.

This activity was organized by Albania Tourism Union Association, as an initiative for the integration of Regional Tourism with the surrounding countries – Kosovo, Montenegro, Macedonia, where a joint agreement was signed between the business communities of tourism of these countries.

This theoretical-practical activity is organized every year by the Presidency of Albania Tourism Union Association and the Directorate of Border Police and Immigration. It emphasizes the coordination and institutionalization of joint activities between the institutions, in order to increase the quality of services in tourism and strengthen of the fight against informality in tourism.

Establishment of the Regional Tourism Organization

The organization was established in February 2010 in Tirana ceremoniously in the presence of the main local media, with representatives from the business community of travel agencies from Albania, Kosovo, Macedonia and Montenegro involved in the respective organizations

Promotional activity with the Polish Chamber of Tourism (PIT)

In October 2011 Albania Tourism Union Association, organized a promotional activity with the Polish Chamber of Tourism (PIT), aiming to introduce Polish partners interested in the Albanian tourism market and to promote the most prominent tourist destinations of Albania.

The activity was attended by more than 180 operators and many Polish print and visual media journalists, who were introduced with the cultural and historical tourism potential of Albania

Promotion of Albania to the Czech Republic market

In June 2014, a memorandum of cooperation was signed between the association of Czech Republic agencies and Albania Tourism Union Association, where some of the Czech media and representatives of the Czech Tourism National Agency were present in the event.

It was finalized with a study tour organized throughout Albania.

Albania Tourism Union Association organized in May 2015, the national tourism conference, with the support of the Minister of Tourism Mr. Arben Ahmetaj, in cooperation with Business Albania, the National Tourism Agency (AKT), the Albanian Agrotourism Council (KASH)

In this conference it was emphasized the contribution that Albania Tourism Union Association has given to the increased number of tourists from the European Union Countries,

Some other main topics were treated such as:

This fair was initiated by the Albania Tourism Union Association and was organized in cooperation with the Ministry of Tourism and Albexpo Group, on 5 & 6 February 2016.

The main purpose of this activity was to promote the tourist potential of Albania towards foreign visitors.